Although it seems that winter is fighting tooth and nail to remain this year, it will soon be irrevocably replaced by the spring. For many people, springtime is the most beloved season of the year, and it’s no wonder. Nature is awakening to life, the sun is peeking out from behind the clouds more often, and the gloomy skies are painted in a new, deep blue hue. The last remnants of snow melt under these rays of sun, and young green grass and the first tiny flowers break through the soil. Buds swell on the tree branches and bushes, and soon, green leaves appear. Birds announce their return from distant lands, and joyfully chirp. Streams burble… But why are we telling you this when you can see it all for yourselves? Head outdoors and remind yourselves how beautiful the world is!

The Upolínová louka (Globeflower Meadow) National Nature Monument spreads out in the Slavkovský Forest, near the village of Prameny. The reserve is a marshland meadow with many species of flora, including a variety of rare plants, including the rare and especially endangered globeflower, or also the swamp willow. Keep in mind that if you wish to see the meadow in bloom, you must come early in the spring! Of the fauna found here in considerable numbers, we can mention the common European viper, the smooth snake, the slow worm, the sand lizard, and the alpine newt. However, no need to fear, you can view the area from a footbridge, so you can see underfoot and enjoy the view of the meadow vegetation. The Mnichovské hadce Educational Trail begins here.

The neighbouring natural monument of Křížky is also worth a hike. The site is characterised by the three crosses placed on the treeless rocky hilltop situated between fields and pastures. Křížky, like several other locations nearby, has a specific flora, and some plants are even not found elsewhere but under the local conditions. The winter heath is extensively disseminated on Křížky, painting the entire area in a rich burgundy hue come springtime. 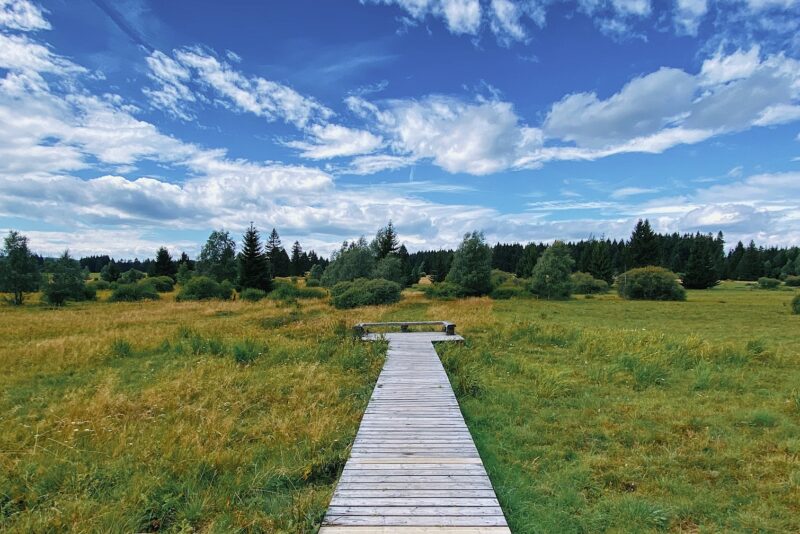 Relax in the Bečov Botanical Gardens

The Bečov Botanical Gardens are unique, and originally one of the most significant historical gene pool collections gardens in the Czech Republic. The garden was established 1925-1927 on a hill above the Teplá River, and its exhibits were dedicated to the gene pool collections of plants from various continents. At the time, more than one thousand plant species grew in the gardens. Elements of small garden architecture, such as resting areas, gazebos, and vistas were a matter of course. This was truly an exceptional and beautiful natural working. However, after World War II, the state took over all its assets, and so the rare plants were left to their own fate. For a total of sixty years, the gardens ran to seed before their new owner decided to revive them. Even without decades of any kind of maintenance, several rare plants and conifers were preserved, and many more were planted. Do not expect traditional botanical gardens, but a place to relax and to be in nature among rare plants that are slowly but surely thriving. This is an ideal place for a springtime stroll and relaxing amongst the trees. In the (forest) park that this living garden most resembles, you will also find a pretty pond, where you can borrow a boat for free and perhaps visit Slunce (Sun) Island. Massage your tired feet on the natural barefoot therapy path or borrow a volleyball net and have a game in the pleasant shade of the trees. Children will be excited by the entire grounds offering several creative elements for play and education. You will be surprised how easily they can play with pieces of wood or with various pebbles and soil. And not to mention the jungle gym made of roots, logs, and boulders! More fit individuals will surely appreciate the unique bioferrata, the first Czech rock path focusing on rocky vegetation. Its easiest variant leads via a gradual forest path, and even families with children will manage it. 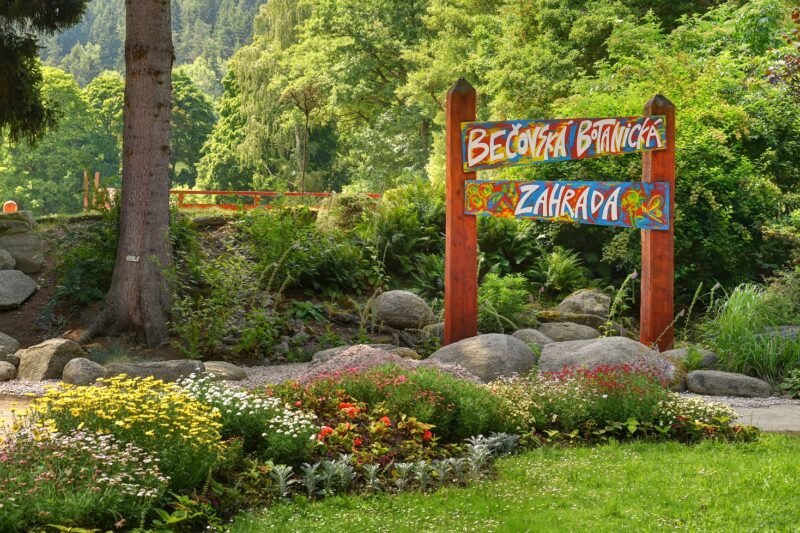 Walk through the moonscape of the Soos Nature Reserve

North of Františkovy Lázně, you will find the Soos Nature Reserve, which is beyond compare in all Central Europe. These are the unique remnants of a salt lake that has transformed into a peat bog and mineral salt marsh throughout the centuries. You will see the remnants of volcanic activity, illustrated by the so-called mofettas – mud volcanoes of carbon dioxide, as well as by the countless mineral springs. In the unusual biotopes, of which there is an entire range here, you will find many endangered animals, as well as marshland or halophyte plants. Under normal conditions, you will also find a geopark, a museum of natural history and palaeontology, an exhibit of life-sized prehistoric saurians, the “The Avian World of the Cheb Region” exhibition, and the fallow deer game reserve. An educational trail also leads through the reserve with several educational stations.

It is hard to imagine that what is today the peaceful little village of Hlinky near Karlovy Vary, surrounded by pastures, was once flooded by lava flow from the nearby active volcano of Hůrka. The red-hot basalt then hardened, and for millions of years remained hidden under the soil. It was not until the end of the 19th century that humans arrived and began to extract rock from the “normal hill”.

The basalt outflow with its separate columns, colloquially known as rock organs, ranks among the prettiest examples of basalt geological phenomena in our country. This is also why it is a site well-worth visiting. The quarry wall is found in the abandoned quarry and is twenty metres high and approximately sixty metres long. The bottom of the quarry and the rubble field under the wall are covered by common species of flora. Of the significant ones, we can mention the common columbine. A black stork can be seen regularly hunting in the surroundings.

If you are a fan of excursions to beautiful vistas (and who would not be), head out for Hadí hora (Snake Mountain), which lies midway between Jáchymov and Boží Dar. Although you can expect a rather difficult upwards hike, it is certainly worth the strain. From atop Hadí hora, there is a gorgeous view of the spa valley and the crests of the Ore Mountains. If one is not in a hurry, they can continue to the right of Hadí hora for not even one hundred metres, from where, among the trees, they can see an interesting view of the chairlift to Klínovec from Jáchymov.

You can admire more than the views though. The interesting grey blockfield that resulted from the freeze-thaw weathering of the vein igneous rock, a quartz-rich granite porphyry. The grey colour of this mountain inspired its German name Grauenstein (grau = grey), and in Czech, you will find it marked on the map as Kamenná hora (Rocky Mountain). This hill offers much more. You see, Hadí hora is shrouded in many legends. One says that the mountain has had a bad reputation since time immemorial. People were afraid to come here, let alone sleep here. Even cattle could not be set to pasture. Legend also has it that locals would see a palace shining in the dark atop the hill, and sometimes would even hear music and singing. Do you have goosebumps? Better head out in the daytime.