Do you have a free day and do not know what to do? Take a trip to Cheb, which is swarming with historical monuments and interesting galleries. Which sites shouldn’t you miss?

Cheb Castle, which towers above the Ohře River, is decidedly a symbol of the town. It has been standing in Cheb since the 12th century, and compared to other Czech and European castles, it is unique. Why? This is due to, for instance, the perfectly preserved castle chapel. Plus, the castle is the only Kaiserpfalz in our country. To this day, the main body of the formerly opulent palace has been preserved, as well as the Black Tower, which served to defend the castle, or the aforementioned Romanesque-Gothic Chapel of Sts Martin, Erhard, and Ursula.

From November to March, the castle is open just on the weekends. In April, May, June, September, and October, it is open from Tuesday to Sunday, and in June, July and August, its gates are open daily from 10 am to 6 pm. Tickets can be purchased at CZK 100 for adults and CZK 50 for children, students and pensioners. Children under 6 years of age have free admission.

A footbridge for pedestrians and cyclists has been standing on the north-western edge of Cheb right on the Ohře River since 2006. This is hung as a suspension bridge from a ten-metre lookout tower. This is to evoke the Black Tower of Cheb Castle. It is freely accessible and is only locked during inclement weather. Its creator is renowned architect and actor, David Vávra.

Špalíček is another symbol of the town and is found on Krále Jiřího z Poděbrad Square. Construction of this exceptional complex of eleven burgher houses began already in the 13th century in the stead of grocers’ and butchers’ booths. The buildings were divided into two sections by  narrow Kramářská (Grocer’s) Street, which is only 160 cm wide. Today, this little street is freely passable, and stores, cafés and restaurants are found in the buildings. 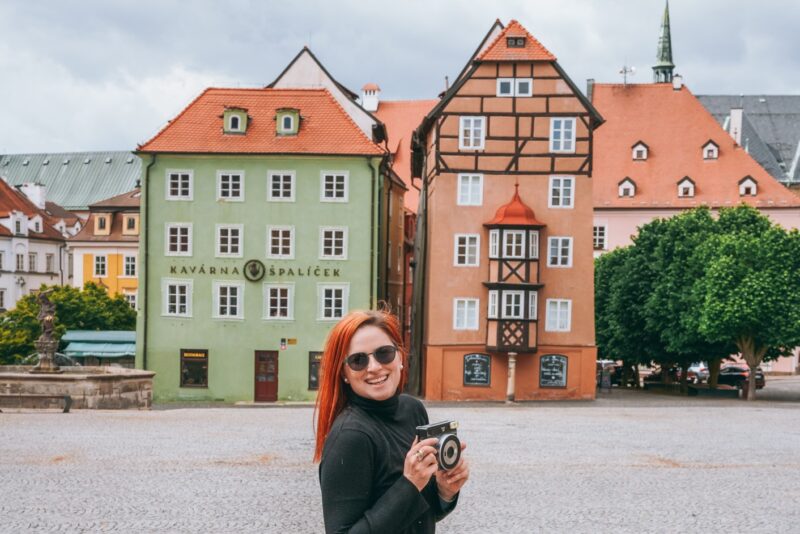 If you would like to rest for a while, visit the monastery gardens, which is part of the Franciscan monastery. Around 1950, this decorative garden was transformed into a school vegetable garden. However, in September 2002, it was reconstructed at great cost and re-opened to the public. It is open daily from April to August from 9 am to 8 pm, and from September to October from 9 am to 7 pm.

On Krále Jiřího z Poděbrad Square, in the building of the New Town Hall Palace, you will find the Cheb Art Gallery. This gallery focuses on 19th and 20th century art, as well as Gothic art from the historical region of Cheb. On the second storey, you can visit the permanent exhibition on Gothic statues, and in the Large Gallery, you can anticipate the significant works of Czech and foreign artists. On the first storey, you can see 19th and 20th century Czech art, and on the ground floor there is an exhibition of artists hailing from the young and middle generations. It is open from Tuesday to Sunday from 10 am to 5 pm. You can purchase tickets at CZK 80 for adults, CZK 50 for senior citizens and students at secondary schools, colleges and universities, and CZK 10 for students at primary schools. 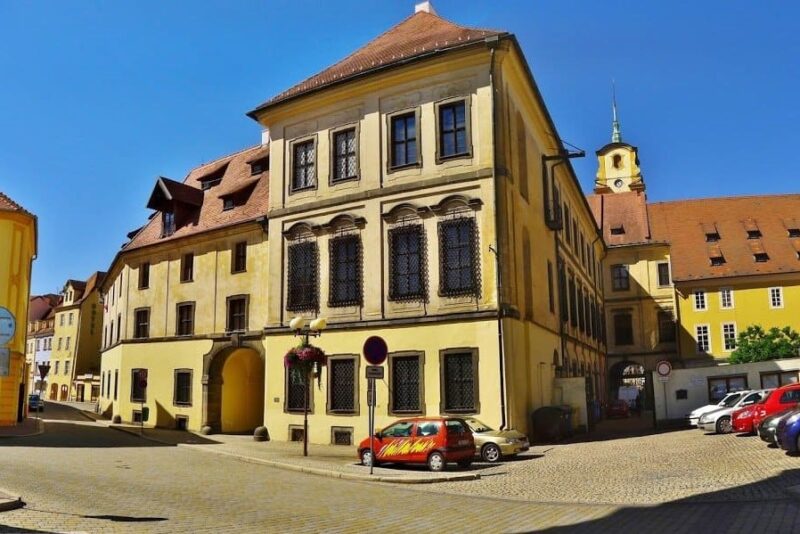 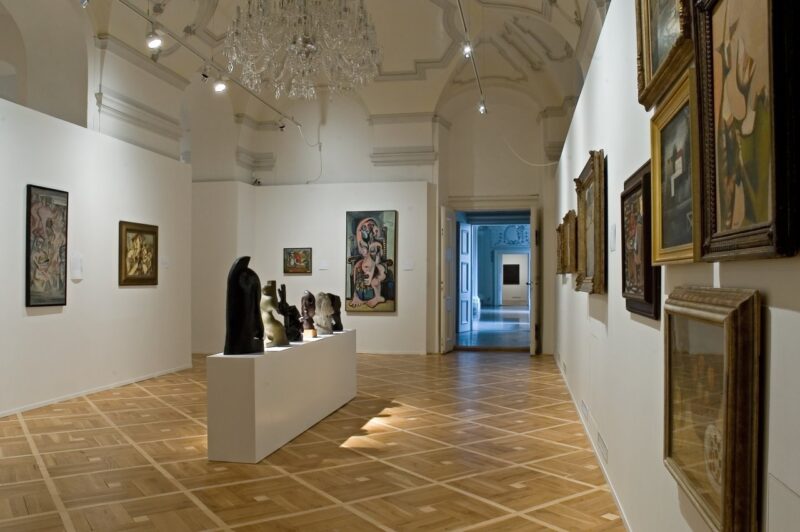 The Retromuseum Cheb is part of the Cheb Art Gallery, and it is in the adjacent building known as Schiller House. Admission fees  apply to both institutions, so it would be a shame not to visit the Retromuseum. As if waving a magic wand, the museum transports you back to the 1960s-1980s. You can expect real interiors, books, paintings, dishes, and many more such relics. In these real rooms, you can open closets, sit in chairs, watch a historic television programme, or make a telephone call to another flat using the period telephone. 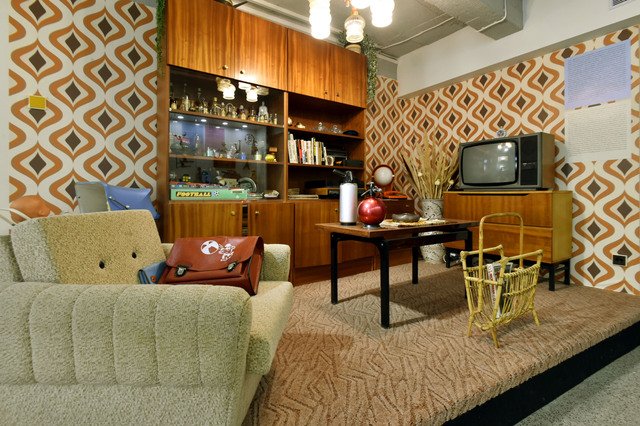 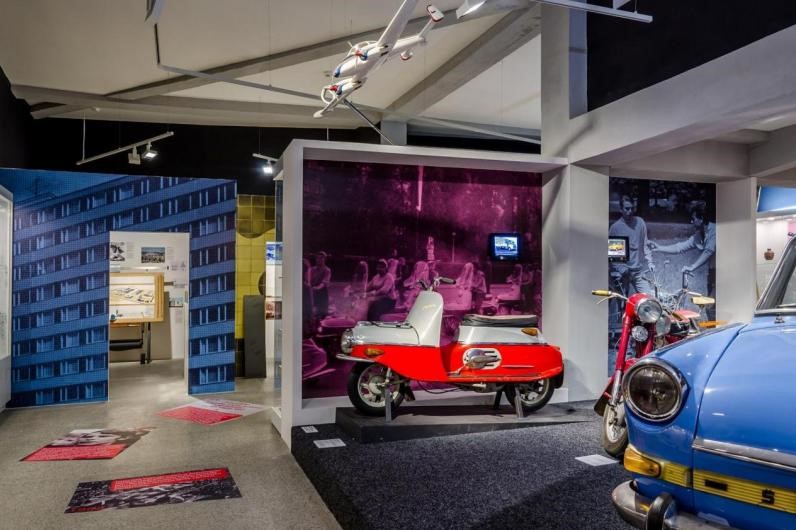 When in Cheb, you should also not miss visiting the oldest photography gallery in the Czech Republic – Gallery 4. You can find it on Františkánské Square, in the building of the Baroque granary. Aside from interesting exhibitions, the gallery also houses the archives of West Bohemian photography and a library of reference literature. It is open from Tuesday to Sunday from 10 am to 5 pm. 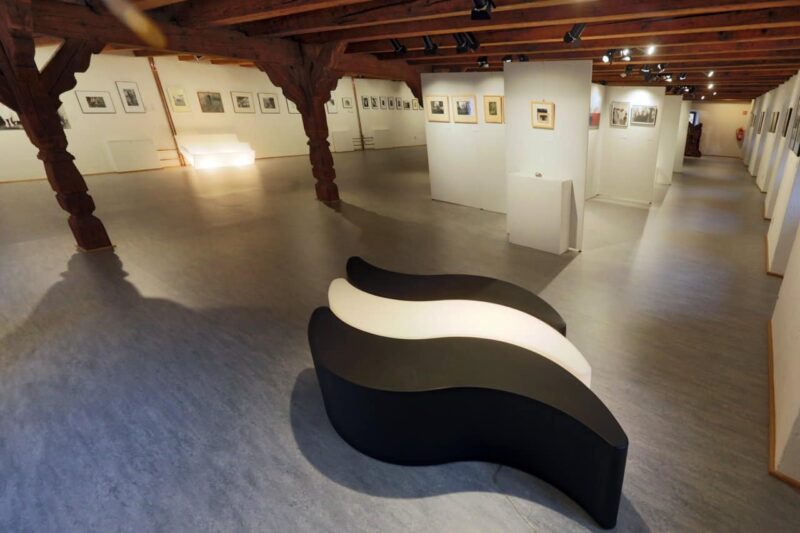