Down into the Mines

What is hidden in the mysterious and majestic shafts under the surface of the Earth? The echoes of times past, when minerals were mined with the help of sweaty faces, explosives, and pickaxes. Stories of man’s struggle with indomitable elements. Legends that you, too, can now discover. The worldwide unique Erzgebirge/Krušnohoří Mining Cultural Landscape in the region of the Ore Mountains is included on the list of UNESCO World Heritage Sites.

This complex set of underground corridors leading into a humongous dome with a lake welcomes the visitors of Mauritius Mine, one of the most significant mining monuments in the Czech Republic. One can observe several species of bats in the depths of the most famous tin mine of the Ore Mountains, in which tin was continuously mined for four hundred years, and on the surface near the mine is the geologically interesting area known as “Schneppova pinka/Schnepp’s Hollow”.

With a lantern in hand and mining cape draped over your shoulders, you can go through the Johannes Adit to a depth of up to forty metres underground. The adit is located under the village of Zlatý Kopec near Boží Dar. Small explorers will be amazed by the extensive underground complex, evoking fairy tales. They will go through a labyrinth of ladders, and if they are brave enough, they can even scoot through the low “creeper” corridor. The shorter route takes almost two hours, and the longer route up to four hours. 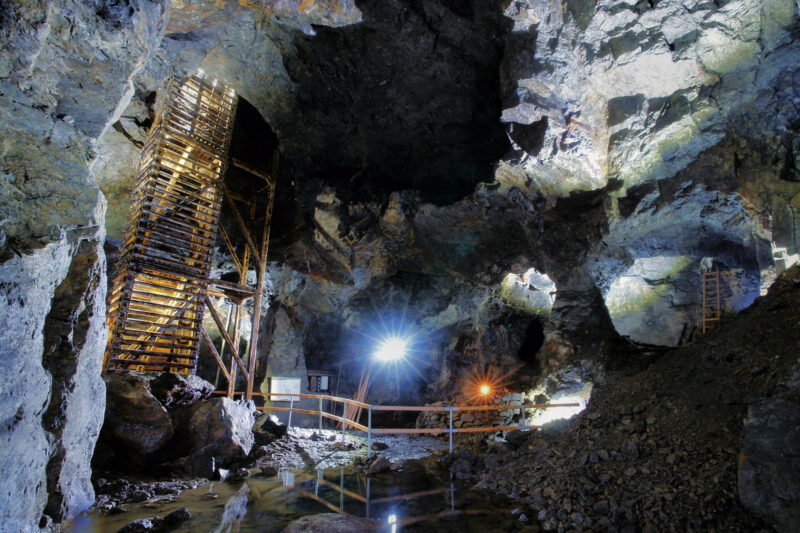 Prepare an underground adventure for your children, and take them on an educational trip to Drift No. 1 in Jáchymov. You will see the historic mining route, find out something about extracting minerals, and when you come back to the earth’s surface, you can continue your tour with the “Jáchymov Hell” Educational Trail. The commentary also mentions the fates of the political prisoners of the Communist Regime, thus placing mining into the context of our country’s modern history.