Lazing in front of the telly and stuffing yourself with Christmas cookies is no longer amusing? Set out for fun! The Karlovy Vary Region offers many activities in the snow. Fancy mushing, snowtubing, or perhaps a freestyle run in a terrain park?

Snowkiting – that is a proper shot of adrenaline. It is carried out on snowy, windy plains, where a special tow kite pulls skiers and snowboarders. 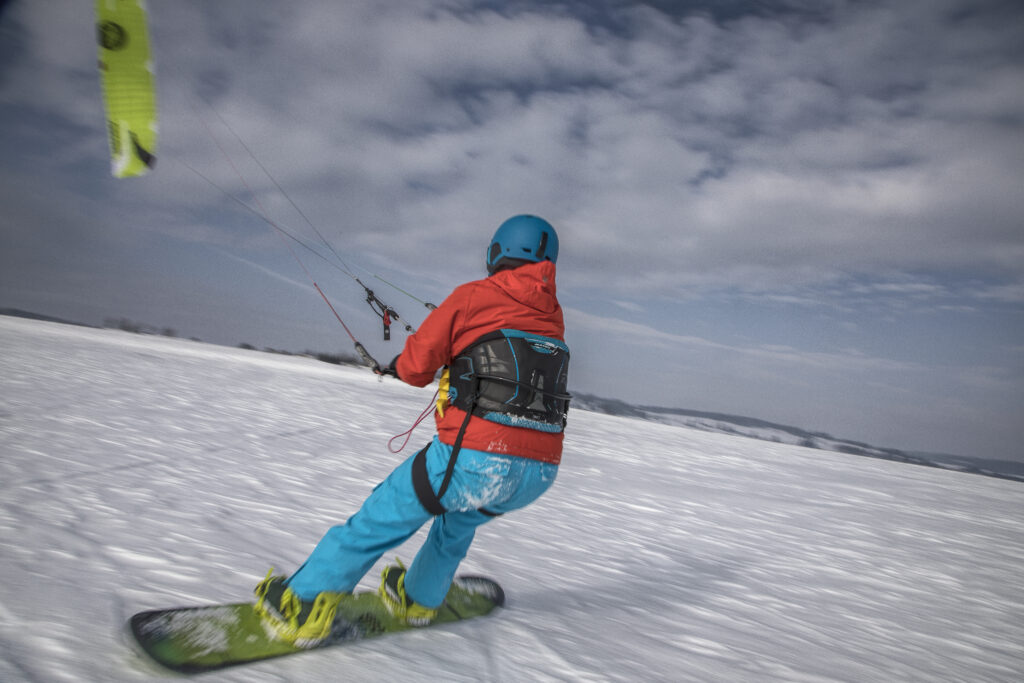 Not enthralled by rides on pistes? Even freestyle skiers and snowboarders will get their money’s worth in the Karlovy Vary Region.

One of the oldest terrain parks in the Czech Republic can be found on Neklid. Snowboarders and freestyle skiers can expect a range of jumps, railings, and other obstacles. The terrain park is daily maintained by a snow plough, so it is in perfect condition practically all winter long.

At Klínovec Ski Resort, fans of freeriding can take advantage of two kilometres of non-groomed pistes with natural snow. And freestyle skiers and snowboarders can enjoy the Funpark terrain park with its entire range of obstacles and jumps. Plus, skiers and snowboarders can enrol in the Maximal Animal Academy, where under the tutelage of instructors, they will learn new tricks, jumps, how to overcome crates and how to rail slide, ski over moguls, ski in unusual terrains, and much more. Plus, Neklid is newly connected to Klínovec by a blue-level run. So, just one ski pass is enough to ensure fun for the entire day!

Snowtubing – this is wild excitement that will be enjoyed by both young and old. Fast rides on inflated tubes down an icy chute entice all age groups, so do not hesitate and hooray, let us go!

Snowtubing is found in the Novako Ski Resort in Boží Dar. Aside from snowtubing, you can also look forward to gentle slopes, modern ski tows, ski and snowboarding schools, or a children’s park. Back to crazy fun, however. One ride costs CZK 50, and you can purchase five rides at the reduced price of CZK 220, and ten rides for only CZK 400. Snowtubing is operated only under favourable weather conditions.

You can also try snowtubing at the largest ski resort in eastern Germany, Fichtelberg, found in the small town of Kurort Oberwiesenthal situated just six kilometres from Boží Dar. 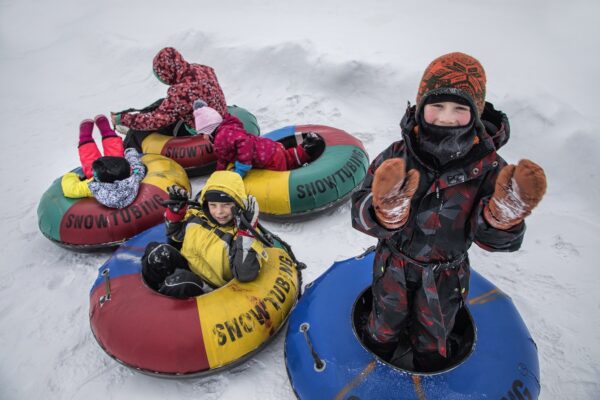 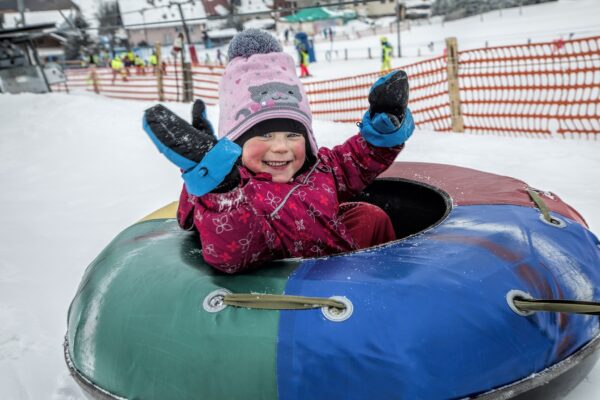 Eduard is situated between Neklid and Boží Dar. In contrast to the gigantic ski resorts mentioned above, a remarkable peace awaits you here. The alpine chalet offers many activities, one of which is mushing.

You start out by getting to know the dogs and with an interesting discussion on this fascinating breed, then the dogs are fed, harnessed, and hitched up. You will also learn the riding techniques and the basic commands. After the ride is over, the dogs are unhitched and unharnessed. The four-legged athletes are then praised and given a treat.

A ride on the dog sled lasts twenty to forty minutes, so the entire programme lasts just over an hour. It costs CZK 2,300. You can also be a musher on a sledge. This hour-long programme costs CZK 3,200, and it is a proper dose of adrenaline. The ski resort also offers Skijoring, which is cross-country skiing with one or two dogs. You will pay CZK 1,500 for an hour-long ride. 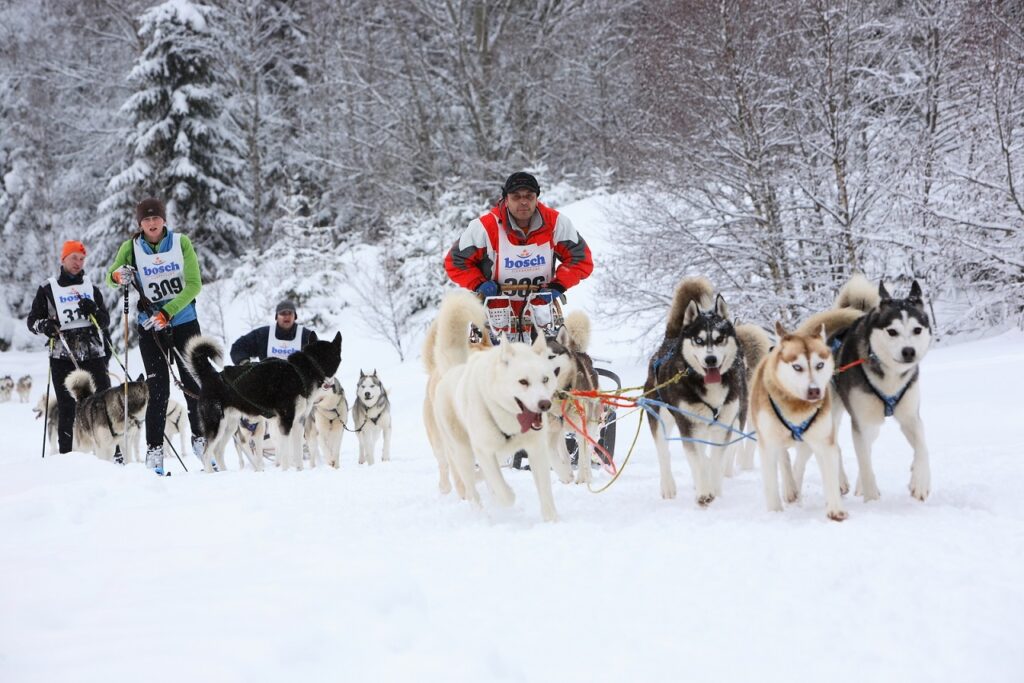