In this significant centre of the Karlovy Vary Region, you will find an unprecedented concentration of secular and ecclesiastical monuments, which will give you an experience you will never forget. Set out in the direction of the western tip of the Czech Republic and breeze into the streets of historic Cheb, the town that definitely has something to offer.

In the footsteps of medieval merchants

Do you know Špalíček? This unique complex of originally Gothic merchant houses with timbered constructions was built on site of the former meat stalls in the 13th century, and nothing similar can be found elsewhere in our country. The small shops and businesses remain in the buildings still today, and you can find them in narrow Kramářská Street.

However, the true phenomena are the local medieval trusses of the burgher houses, the tour of which should be the highlight of each visit to Cheb. The route “Under the roofs of Cheb trusses” will lead you into their interiors and will present their crafty skilfulness and the geometrical imagination of our ancestors.

The residence of monarchs and pilgrimage sites

Cheb Castle is drenched in history. Its castle chapel stands on the site of an ancient Slavic burial site, a royal wedding took place here, as well as the premeditated murders of the aide-de-camps of Prince Albrecht von Wallenstein. The history of the castle is associated with the powerful family of Hohenstaufen, of which Frederick Barbarossa was also a member. It was he who had the castle reconstructed as a Hohenstaufen Kaiserpfalz, the only one in the Czech Republic.

Just several steps from Cheb Castle is the Church of St Nicholas and Elisabeth dating to the 13th century, where you can take a peaceful rest for a moment, then descend into the crypt or view the city from the southern tower. If the 67-metre height is too easy for you, set out for the Bismarck Lookout Tower on nearby Zelená Mountain, where under clear weather conditions you can see all the way to the Giant Mountains.

Do you like ecclesiastical monuments? Visit the Baroque Loreto chapel with ambulatories and the pilgrimage Church of the Holy Spirit in Starý Hrozňatov, located approximately eight kilometres south of Cheb. It was built by the Jesuits in the 17th century, and to this day, Czech-German pilgrimages and masses are held here.

If you should prefer folk architecture or crafts instead of castles and churches, you will appreciate the Doubrava open-air museum. Here, you will find the greatest number of preserved half-timbered farmsteads, the museum of agriculture and peasant life, and an exhibit on historic tools. And, of course, a theme restaurant.

Or would you rather experience history first-hand? Then visit Cheb during the Wallenstein Festivities, when there is a market and a jousting event, and everyone eagerly awaits the arrival of Albrecht von Wallenstein and his suite.

However, Cheb does not just live from its past, on the contrary. The giant sports and recreation grounds called Krajinka, located on the left bank of the Ohře River, offers, among other things, several multi-purpose sports grounds, a high-ropes centre, a cross track, and a picnic meadow. And in the Jesenice water reservoir that has exceptionally clean water, you can surf, set sail on a yacht, or just relax under a sunshade on the beach. Almost like by the sea. 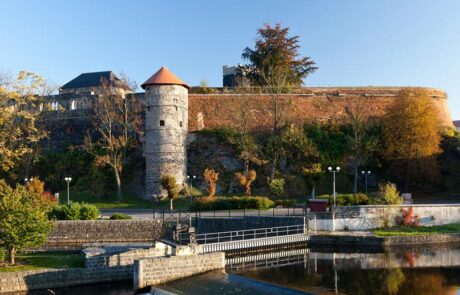 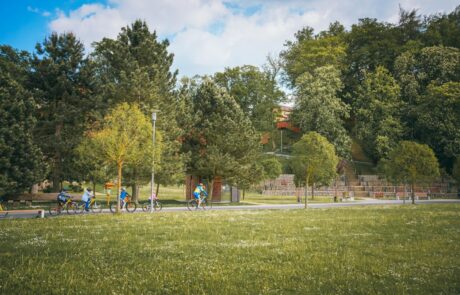 Start moving in the Karlovy Vary Region! Whether you are seeking wild downhill rides over mountainous terrain or ...

Looking down from the heavens is no longer only the domain of birds. Stone, wooden, and modern metal ...

Tips for Trips for families with children

The Karlovy Vary Region is a region practically created for children. Whether you have untiring rascals, curious little ...

Cultural Heritage of the Carlsbad Region

The Carlsbad Region is a land of stories and legends. The history of this region, which is of ...