Looking down from the heavens is no longer only the domain of birds. Stone, wooden, and modern metal lookout constructions hem the region like pins on the map of the world, and will show you majestic towns, forests, and mountain ranges in their full beauty.

Located not even a kilometre outside of the village of Libnov, you can take the approximately kilometre-long hike up Gallows Hill to the Cibulka Lookout Tower. Along the way, you will see the little Black Chapel, surrounded by a forest of momentous beeches, and you will also see the History of Mining Educational Trail. From atop the lookout tower, you can see all around you, so
aside from the Ore Mountains or the Sokolov Basin, you can also see some of Smrčina with Green Mountain.

The peak of the highest mountain of the Ore Mountain Range is adorned by the crown jewel of Klínovec Lookout Tower. The history of this fifth-highest-altitude building of this type in our country dates back to 1817, when spa guests from Karlovy Vary came here by horse and carriage. The current building dates to 2013, and the view from it goes all the way to the Bohemian Central Range and the Doupov Hills.

They say that those who have not visited Diana have not seen Karlovy Vary. This unique, thirty-five-metre high lookout tower, which in the past was a favourite of the likes of Goethe or Freud, is hidden in the enchanting spa forest. It offers a breathtaking view of the town and the wide-open landscape of the Ore Mountains and the Slavkovský Forest. Admission is free of charge, and a funicular from Grandhotel Pupp leads up the hill. Children will enjoy the Butterfly House, mini-zoo, and playground, whereas parents will surely enjoy the historic inn restaurant with the outdoor terrace. 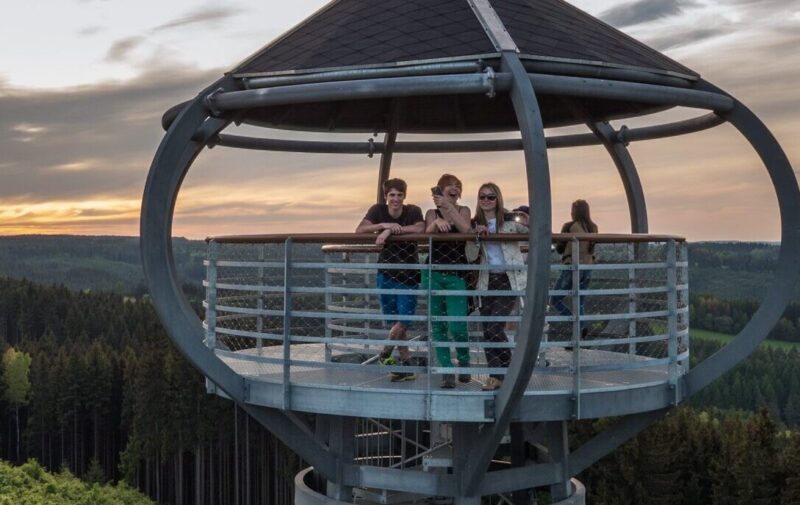 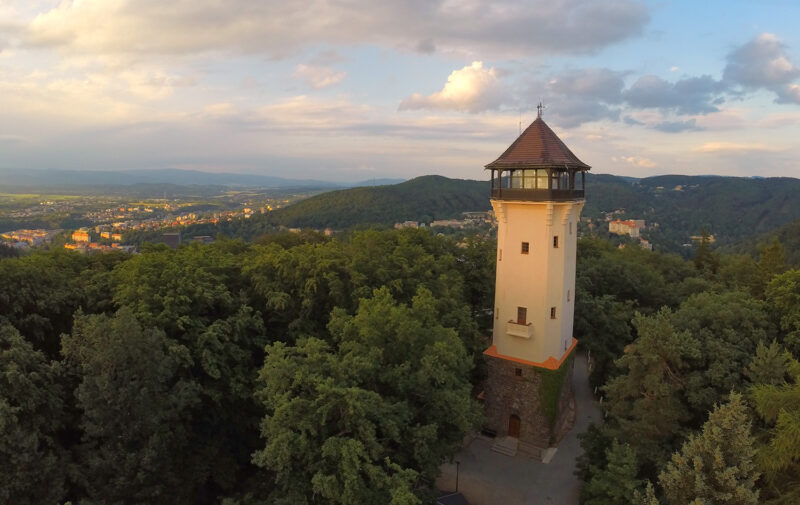 This remarkable spiral with an outer staircase has been enticing tourists since time immemorial. And it is no wonder, as its design is inspired by the legendary Tower of Babylon. One hundred twenty stone stairs lead up to the twenty-five-metre high lookout platform, and the view includes the Ore Mountains, the Doupov Hills, the Teplá Highlands,and even the highest hills of the Slavkovský Forest.

At the amazing altitude of 1,044 metres above sea level, the Lookout Tower on Blatná Hill peers down into the valley below. This tower was originally named after the last Austrian empress, Zita. It is found on the routes of two popular educational trails, Vlčí jámy (Wolf Hollows) and Blatenský příkop (Blatná Water Ditch), so a hike up to it can be combined with an interesting walk through the countryside. Eighty-five stairs lead up to the top, which all little monkeys should easily manage.

Show your children what the world looks like from a falcon’s perspective. The Hard Lookout Tower rises above the town of Sokolov to a height of 14.5 metres, and is a replica of the original construction dating to 1907. From the top, it is possible to see almost all of the region, including a panorama of the Ore Mountains, the headland of the Slavkovský Forest, or the extensive brown coal basin.

The western-most and also the most massive stone lookout tower in our country is located just north of the town of Aš, and a route cutting through gorgeous nature around Háj Hill leads to it. The tower has been continuously functioning since 1904, and its original design was awarded the gold medal at the 1901 Art Fair in Dresden. Not far from the tower is the Háj Hill sports ground, offering a kilometre-long in-line skating lane, a climbing wall, minigolf, and a children’s playground to all energetic visitors. 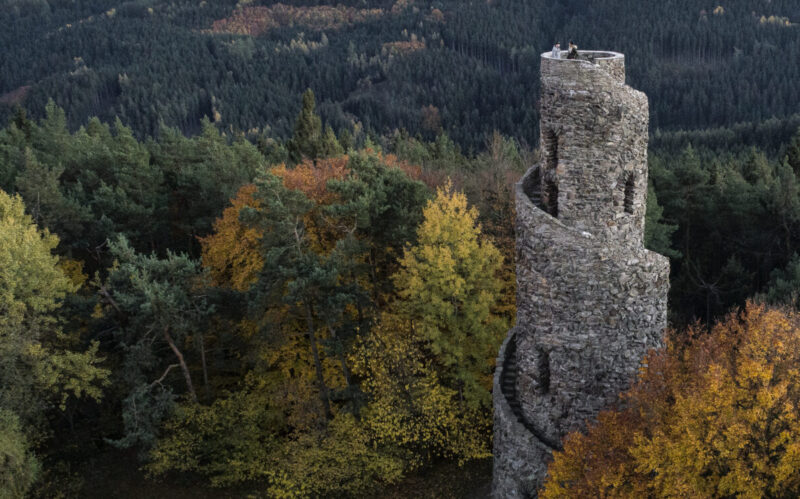 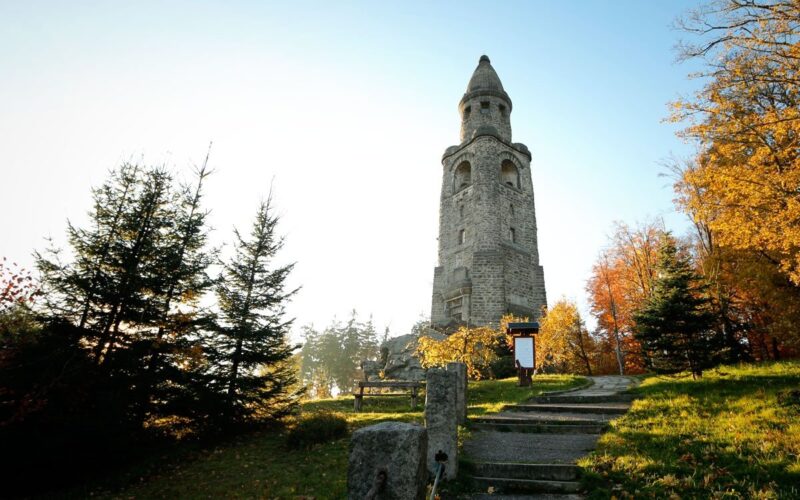